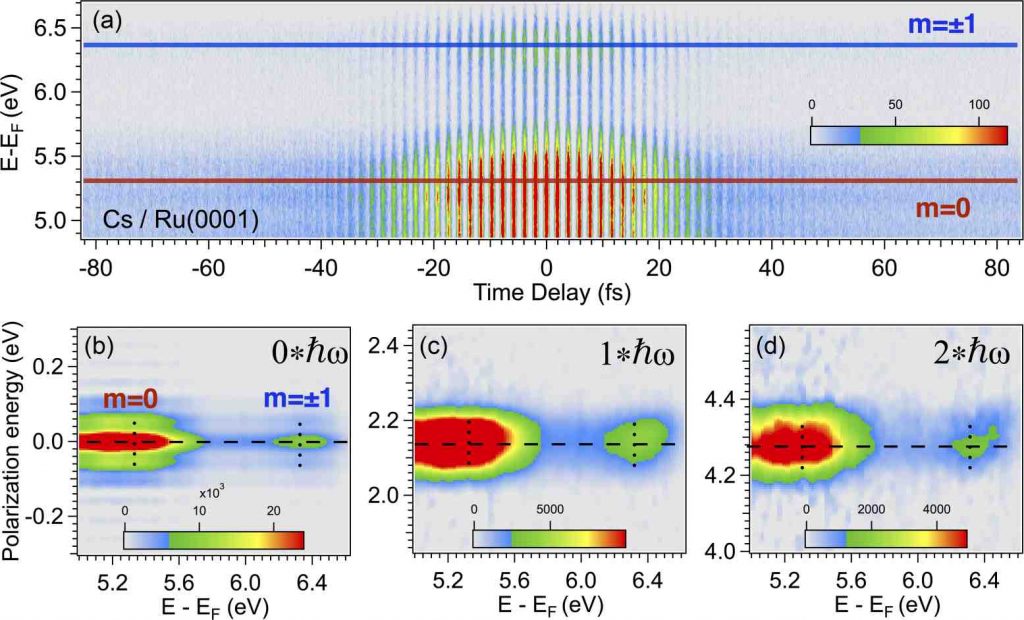 We investigate the electronic structure and photoexcitation dynamics of alkali atoms (Rb and Cs) chemisorbed on transition-metal Ru(0001) single-crystal surface by angle- and time-resolved multiphoton photoemission. Three- and four-photon photoemission (3PP and 4PP) spectroscopic features due to the σ and π resonances arising from the ns and np states of free alkali atoms are observed from ∼2 eV below the vacuum level in the zero-coverage limit. As the alkali coverage is increased to a maximum of 0.02 monolayers, the resonances are stabilized by formation of a surface dipole layer, but in contrast to alkali chemisorption on noble metals, both resonances form dispersive bands with nearly free-electron mass. Density functional theory calculations attribute the band formation to substrate-mediated interaction involving hybridization with the unoccupied d bands of the substrate. Time-resolved measurements quantify the phase and population relaxation times in the three-photon photoemission (3PP) process via the σ and π resonances. Differences between alkali-atom chemisorption on noble and transition metals are discussed.